Then I saw another mighty angel coming down from heaven. He was robed in a cloud, with a rainbow above his head; his face was like the sun, and his legs were like fiery pillars. He was holding a little scroll, which lay open in his hand. He planted his right foot on the sea and his left foot on the land, and he gave a loud shout like the roar of a lion. When he shouted, the voices of the seven thunders spoke. And when the seven thunders spoke, I was about to write; but I heard a voice from heaven say, “Seal up what the seven thunders have said and do not write it down.” Then the angel I had seen standing on the sea and on the land raised his right hand to heaven. And he swore by him who lives for ever and ever, who created the heavens and all that is in them, the earth and all that is in it, and the sea and all that is in it, and said, “There will be no more delay! But in the days when the seventh angel is about to sound his trumpet, the mystery of God will be accomplished, just as he announced to his servants the prophets.” 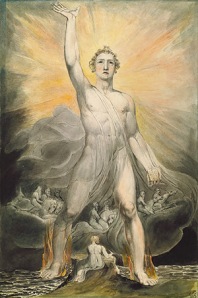 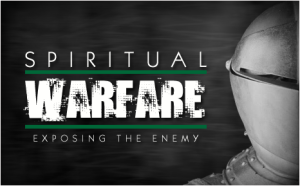 “The Victory of Christ over principalities and powers. Do not expect your walk with Jesus to be problem free, but I have given you a manual for the Tools of Success, I myself have been persecuted for more than 10 years, denied the fruits of my labour, but I have grown from a baby to a silent warrior, with gifts no-one in the world has, this is a call for spiritual warfare, to prepare the way for the coming of our Lord Jesus. Even I do not have all gifts, you need to specialised and learn all the verses in the bible to fully learn how to use the power of the Holy Spirit, in healing, casing out devils etc in a church environment and come together as the arms, legs and body etc, the full body of Christ”. Why do I sometimes prefer to help Non Profit rather than individuals? Because before you ask for money I already know that you will rather ask for money rather than learn how to fish, giving you money will turn you into a useless person, I can provide only a free meal but you need to take care of yourself or you will never learn.       – Contributed by Oogle.

“I study my Bible this way, I use keywords and search engine to take down all the different translations of KJV, NIV, Hebrew and other Gospels not found in the bible, and compare all the different incidents, if I do not find what I want, I even study the Quran and Tibetan teachings to merge all the ancient text to find out exactly what happens in ancient history, so that I will not miss anything of God’s words, so I can now safely say I have already unravel all secrets of the bible, it is the most complicated book written in the history of mankind, telling all incidents in multi-dimensional time, even the fastest computer in the entire world also cannot calculate the probabilities.” – Contributed by Oogle.

My Testimonies. More than 10 years back I was given visions of seeing the future, and after that was attacked by the devils, where I nearly went mad when these voices ask me to kill LKY, and disturbed me in so many ways, even ask me to tempt God and forced me to kill myself. I was warded 3 times, mis-disgnosed with schizophrenia and everything broke down, even my career, my marriage, and now more than 10 years later I realised I had ESP and was able to listen to conversations from earthly and spiritual realm. So what was I doing all along? Actually these voices attacked me so much that I become immuned to it, and developed counter-measures to fight back until I developed gifts to have a discerning spirit to tell every truth from lies, I became so sensitive that I can read your every actions, from your facial expression, voice and body movements. And I can hack into anything I want to find out about anything, or re-assemble it to create anything I want, but God gave me a command, to use these gifts to save everyone from Hunger & Poverty, Diseases & Inequality, to train everyone to prepare for spiritual gifts but also spiritual warfare, until the coming of our Lord Jesus. So do not expect everything to be smooth as we wrestle against principalities and powers, but we already have victory in our Lord Jesus. Then is Mind Control and Thought Broadcasting real? Yes, it will be used by the Anti-Christ in the “future” to control everyone on earth, and it will be living hell, but this “realm” will it happen? Ask the Holy spirit. – Contributed by Oogle.

IT expert with more than 20 years experience in Multiple OS, Security, Data & Internet , Interests include AI and Big Data, Internet and multimedia. An experienced Real Estate agent, Insurance agent, and a Futures trader. I am capable of finding any answers in the world you want as long as there are reports available online for me to do my own research to bring you closest to all the unsolved mysteries in this world, because I can find all the paths to the Truth, and what the Future holds. All I need is to observe, test and probe to research on anything I want, what you need to do will take months to achieve, all I need is a few hours.​ View all posts by Gilbert Tan TS

This site uses Akismet to reduce spam. Learn how your comment data is processed.

This page, by Footprints In The Sand, is licensed under a Creative Commons Attribution License.

“The New Economy – The Perfect Economy” Podcast by Oogle